Blog
You are here: Home / Blog / Trends / Custom made clothing: the comeback! 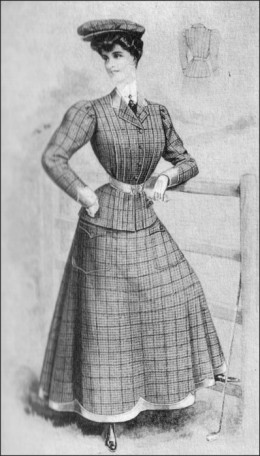 Nina Ricci. Valentino. Fendi. Lanvin; the list goes on. These fashion gods and goddesses are among the many designers creating custom-made outfits destined to be worn by some of the hottest names in Hollywood. Not only are these designers responsible for making celebrities turn heads as they enter a room; they are part of a team responsible for creating an image that reflects the personality and brand of each actor, singer or eccentric to walk the red carpet. Take, for example, the white Givenchy number sported by Rooney Mara at the 84th Annual Academy Awards in L.A. It was the perfect blend of edge and elegance, a sincere reflection of the image portrayed by the Girl in the Dragon Tattoo. Need another example? Bond, James Bond. Made famous by his witty retorts, womanizing escapades and specific choice in cocktail (vodka martini, shaken not stirred), he is best known for the style with which he successfully executed top secret mission; and by style, I mean suit. Granted, Bond wasn’t so much styled by the stars as he was clothed in suits that were tailored to perfection, but in this case, as in so many cases, the clothes really did make the man (dare I say legend?).

The history of tailoring as an art form

The art of tailoring, which has its roots in the 12-14th centuries, became exceptionally popular during the Renaissance as clothing started moving away from conservative trends sweeping the old empires and towards designs that accentuated and brought to life the human body. Curves and skin were suddenly in! Not too much of course, but enough to get the creative juices of designers and tailors flowing as floods of orders for custom made apparel came in from the crème de la crème of European society.

During this time, tailored apparel was an expression of power, wealth and influence for men and women lucky enough to afford it. Moving into the twentieth century, tailored clothing became less a luxury for the nobility and more a way for women, in particular, to express themselves as they made the move from traditional wear to garments that allowed for simultaneous functionality and femininity.

It seems to me that somewhere along the line, tailoring fell out of fashion. Perhaps wartime experiences and depression simply made indulging in custom-made clothing unaffordable for the average buyer. Perhaps woman, the provocateurs of fashion around the world, became less inclined to invest in custom made garments, preferring to mix existing pieces to create a sort of “self-made” look similar to that trending around the streets of Toronto as I type. As I see it, outside of particularly trendy (or wealthy) communities, tailored clothing is quickly falling through the fashion cracks. For starters, the definition of tailoring has moved from meaning custom-made to clothes that fit well without necessarily being tailored to fit the contour of a particular individual. Gone are the days of visiting ones tailor in order to be fitted for a new jacket; today, “tailored” suits, jackets and pants are widely available at popular department stores and independent boutiques. Perhaps there is a link between the decline of custom-made clothing and globalization as imports allow for the selection of material to increase tenfold. Whatever the reason, custom made clothing is due for a comeback, don’t you agree?

Putting customization back on the table

At Luevo, we believe that creativity is the essence of fashion

and we are big supporters of customization tailoring. Some of the selected designers on Luevo will be able to offer clothing that are literally made to fit your body. There’s only one you, so make it count and dress it up! Get in touch with your style and check out Luevo soon for the latest line of customizable products. 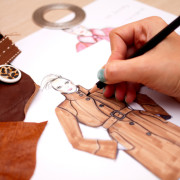 What to wear to a fashion event? 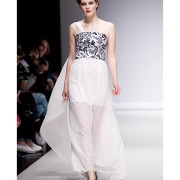 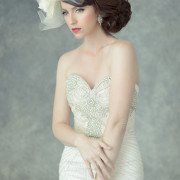 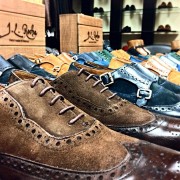 Getting to Know Jose Luis Rocha
Featured Designer of the Week: Claudia Llado

What to wear to a fashion event?
Scroll to top