You are here: Home / Blog / knitwear

Dylanium Knits was created by Dylan Uscher, self-taught knitting passionate and businessman, whose talent and designs have gained him world-wide recognition… and that, all before even launching his debut collection last Fall (FW13’)!

Indeed Dylan Uscher has not only collaborated with top Canadian fashion brands like Sid Neigum and Greta Constantine – but his designs were also featured in a MAC Cosmetics global campaign with visibility in over 90 countries! Quite impressive for the American-born autodidact, whose decision to pursue his passion after graduating his Master’s of Arts here in Toronto, Canada has lead him to his dream job: Designing, Creating, Knitting.

Motto of the day: Do like Dylan, and do what you love! I personally can’t wait to get my hands on the Fall 2014 collection (available for pre-order here)!

That being said, I was more than excited to discuss fashion with the designer himself (pictured above) and talk about his upcoming Fall 2014 collection, his inspirations as well as his road less-travelled to success.

Here is the Dylanium Knits story:

Dylan Uscher was first introduced to knitting in 2005 while sitting on a bus with a friend who was making a sweater. Dylan not only took a liking to the craft but he also picked up on the technique rather quickly. The self-taught designer and creator initially started hanging out in yarn shops throughout Toronto trying out knitting patterns as well as networking with other knitters in those shops to learn.

Dylan Uscher’s passion quickly evolved as he became more aware of the design of his creations. The designer felt that existing patterns were either one of two things: Fun to make, but that didn’t look that great, or vice-versa. He hence began challenging himself to make beautiful pieces that were intricate and that he could enjoy crafting as well. It was only after graduating from his Master’s degree and briefly working in an un-related field however, that he decided to follow his passion and knit full-time. Dylanium Knits was thus created in 2010 and he hasn’t looked back since. Dylan Uscher slowly began collaborating with designers and it was only last year that he launched his debut collection.

Dylan’s upcoming Fall 2014 collection is composed of six accessories, which includes three heavyweight knits, as well as three lightweight knits. The heavyweight knits are similar to last year’s best sellers and the lighter weight knits beautifully showcase the designer’s diversity and skill-set -as they are a new addition to his line. The Fall 2014 collection is inspired by the designer’s trip to Florence, Italy earlier this year: The stitch patterns are reminiscent of moldings as well as tessellation within tile patterns embedded in the city’s architecture. The color palette for this season is also said to be inspired by the colors of the stone buildings there as well as the Italian skyline.

The pre-sale of the Dylanium Knits Fall 2014 collection is set to launch on Luevo May 4th.

Dylan Uscher’s Boston-based studio will also be participating in the SOWA Art Walk that day, and hold an open doors launch event demonstrating his knitting techniques and machines, and taking pre-sale orders on Luevo directly from his studio.

On May 12th, Dylanium Knits will also be participating in the Aid for Cancer Research Runway in Boston, and have a pre-show pop-up boutique to further take Luevo pre-sale orders.

What is next for Dylanium Knits? The designer wouldn’t be surprised to see if he suddenly began making more and more apparel sketches and ultimately incorporating clothing into his accessories line. In the meantime however, we will simply have to order our beautiful winter and fall accessories on Luevo and keep following the designer’s progression! You can follow Dylanium Knits on Twitter @dylaniumknits or visit Dylan Uscher’s website at www.dylaniumknits.com for more details.

Motto of the day: Do like Dylan, and do what you love! I personally can’t wait to get my hands on the Fall 2014 collection (available here)!

D’avi Knitwear produces original luxurious one of a kind knitwear for both women and men. Jewelery, sweaters, dresses and scarves all are produced with outstanding craftsmanship using high quality European yarns, specifically from places in Italy.

Designed in Thornhill, Canada, D’avi Knitwear specializes on making subtle luxurious comfort. Each garment incorporates couture and modern patterns into the design, bringing knitwear into the world of fashion and style. 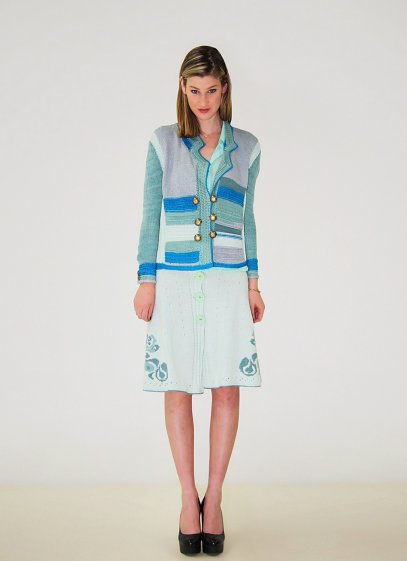 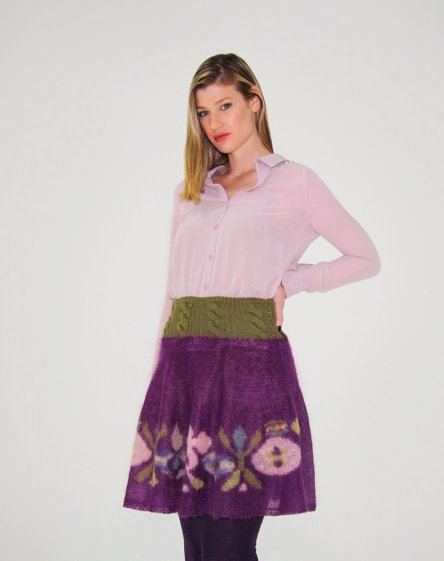 If you want to see the latest from this brand and others, please register for our newsletter here.