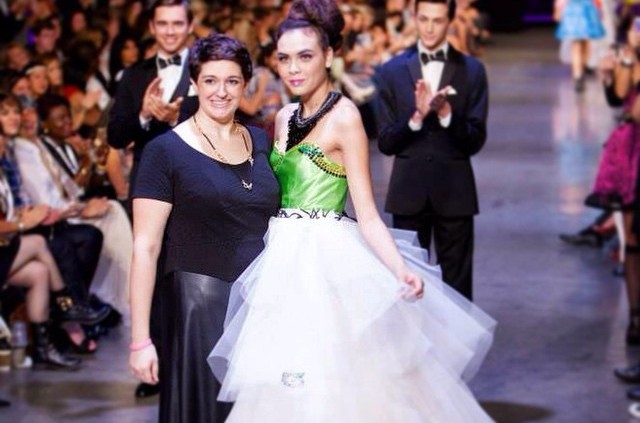 Exciting, whimsical and fantastical. That’s how you might describe the beautiful looks of designer Victoria Roberts’ line WishNow. Victoria began her design journey at a very young age, as she quickly learned her love for sewing, creating and helping with costumes for school plays. Victoria decided to turn this passion into a career and has since worked on costumes for theatrical productions, Oscar-winning actresses and at Walt Disney World.

Victoria began her line WishNow in 2013 and she debuted her first collection at that year’s Fashion Week San Diego. There she won Most Innovative Designs by the advisor Panel and took the 2nd Place Designer Award as voted by the audience. Victoria was back at this year’s S/S 15 Fashion Week San Diego shows, and once again wowed the audience with her formal wear and fantastical costumes. We had the chance to get an interview with the designer to learn more about her journey and success as a designer. 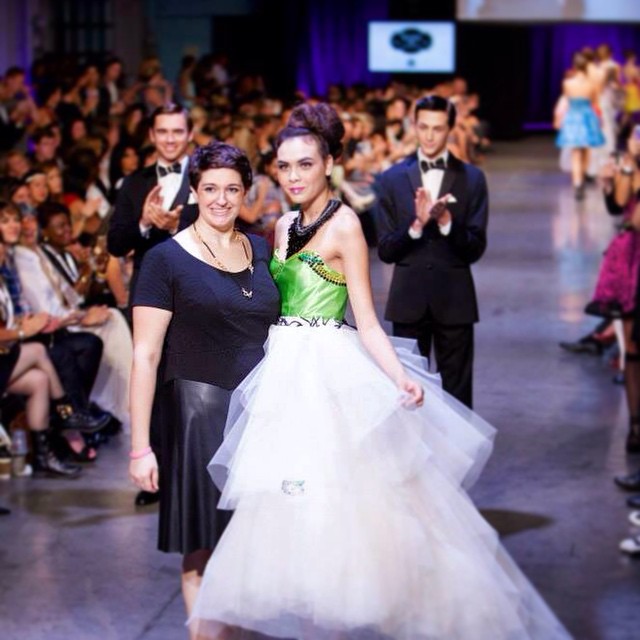 What goals have you accomplished that you are most proud of thus far, when it comes to WishNow?

My proudest moment was during my first experience at a Fashion Week last year. I was awarded Most Innovated Designs at Fashion Week San Diego. That really gave me the confidence to continue doing what I love.

What is your favorite thing about being a designer?

My favorite thing about being a designer is the creative outlet that comes along with it. I have so many ideas, and such an urge to just create. Designing dresses, specifically, releases all that from my mind. It’s so therapeutic and rewarding.

What path would you have followed, had you not become a designer?

If I were not a designer, I would be a costumer, working at the theater. That is where I got my start and what inspires my collections.

What do you think has helped you most with your designing to date?

Without a doubt it’s been the support I have from my family. They are there with me every step of the way. I am so pleased to have a team behind me. Go Team WishNow!

What obstacles have you had to face and overcome to get where you are today?

Like most artists, I work with a very small budget. Thankfully I have made some amazing connections with suppliers that are very supportive and want to help me when sourcing my materials. 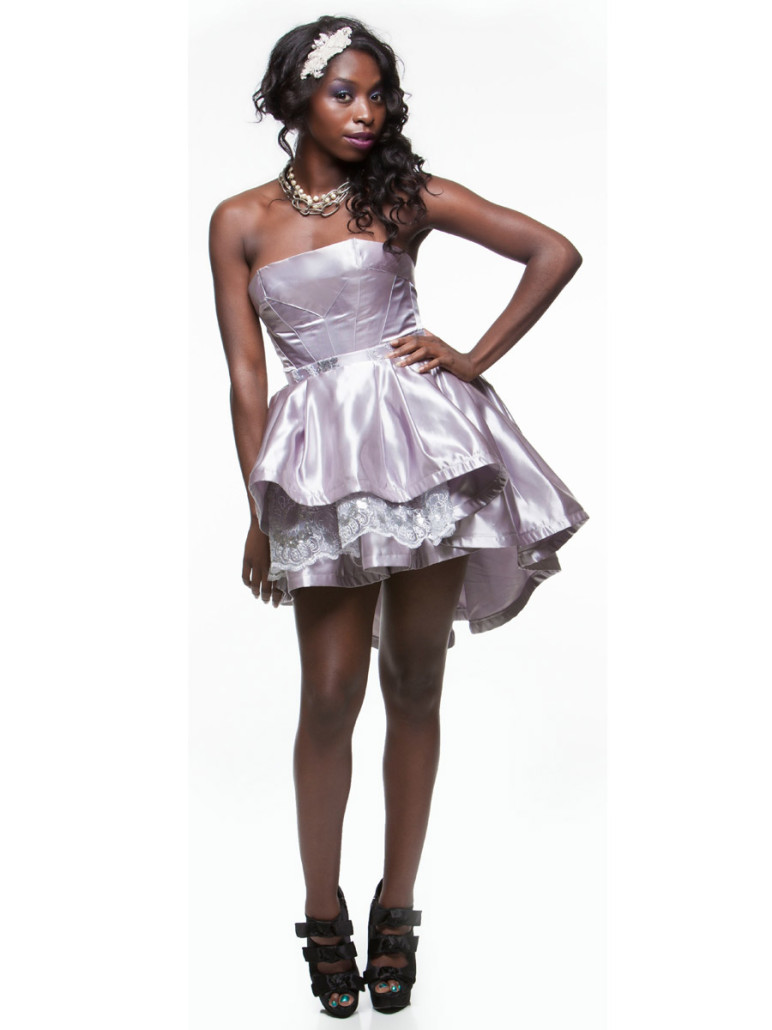 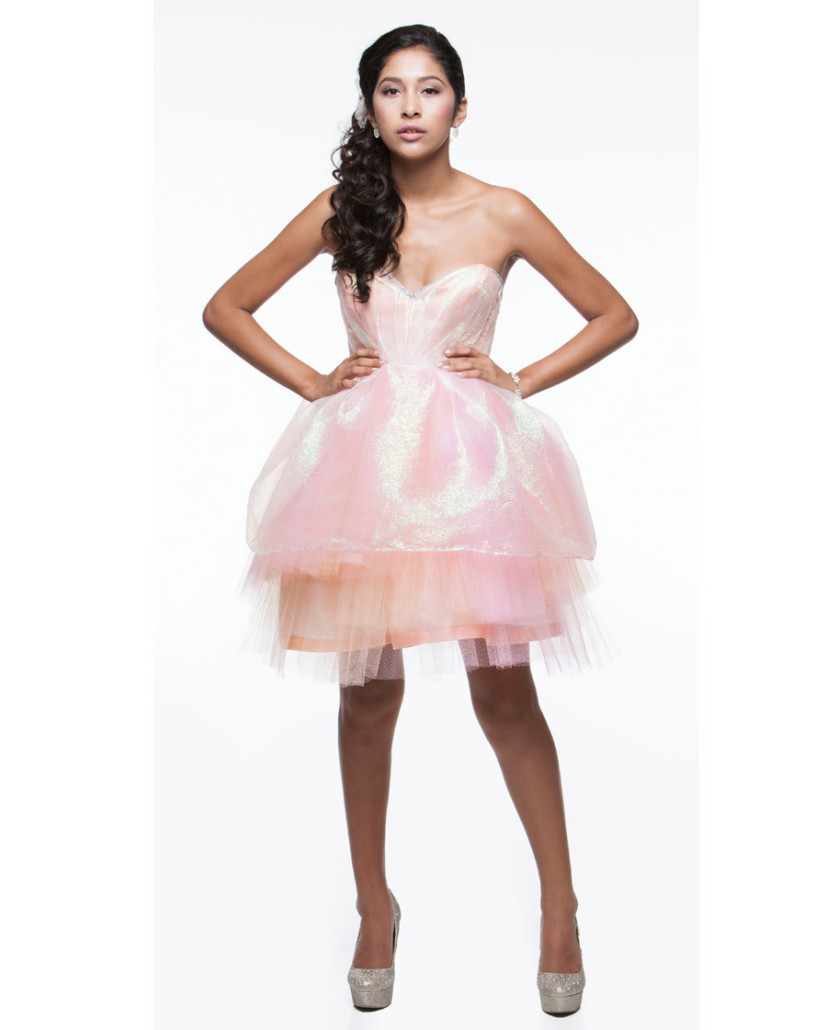 What inspirations did you draw on to create this collection?

This collection is inspired by pop art with a creative theme of “Barbie Girl”. It’s all about feminine silhouettes and colorful materials.  Most dresses have figure flattering seam lines that bring in the waist and layered skirts that are comfortable to party in all night.

What is the thing that makes all this hard work and effort worth it for you?

Very simple, having someone wearing my designs! Whether it’s a model walking down the runway or a customer wearing one of my dresses to an event, it’s the most rewarding part of what I do.

What was the turning point in your career that made you say “Yes I’ve finally made it”?

I feel that I experienced a moment like that when I realized I had a fan base. People would approach me at events, parties and other industry shows telling me that they are WishNow fans. It’s such an amazing feeling knowing someone other than my mom likes my work!

How would you describe your process of inspiration? What do you do to keep your ideas fresh and interesting?

When it comes to inspiration, I look to film, books and music. In a way it’s like anthropology. I like to study different personalities, lifestyles and the choices people make. Most of my designs start with a character. I design something I think would show their individuality and go from there.

If you could describe your new collection with one word, what would it be ?

What would you say the overall theme of this collection would be?

The theme of the collection is Barbie Girl. Feminine, confident, colorful party attire.

A journey to Fashion Week San Diego
Scroll to top